There is a fallacy about the human mind that regularly appears in research on animal behavior, and this fallacy is related to the pervasive misunderstanding about machine “intelligence.”

Science writer Carl Zimmer has an essay in the New York Times, “Seeking Human Generosity’s Origins in an Ape’s Gift to Another Ape” (September 11, 2018) that is emblematic of this misunderstanding.

Here’s Zimmer, with my commentary following:

Studying the behavior of our closest living relatives may help scientists better understand the human impulse for generosity.

This generosity may have been crucial to the survival of our early ancestors who lived in small bands of hunter-gatherers.

“When our own attempts to find food are unsuccessful, we rely on others to share food with us — otherwise we starve,” said Jan Engelmann, a researcher at Göttingen University.

To understand the origin of this impulse — known as prosociality — a number of researchers have turned to our closest living relatives. For example, a new study involving bonobo apes suggests that the roots of human generosity run deep, but only came into full flower over the course of the evolution of our species. Lolo Ya Bonobo is a sanctuary for orphaned bonobos/Vanessa Woods

These just-so stories about human origins add little to our understanding of human altruism. “… We rely on others to share food with us — otherwise we starve” is hardly cutting-edge research.

The researchers designed an experiment that could provide strong evidence that bonobos could give things to each other simply out of generosity — rather than being pressured into doing so, or expecting some sort of immediate payback.

“Would they do it if there was no benefit to them?” asked Brian Hare, a primatologist at Duke University who helped run the study.

For their experiment, the researchers took advantage of the fact that the Lola Ya Bonobo apes have learned to crack open palm nuts with rocks. Without a rock, they have to gnaw on the nuts for a long time to get them out of their shell.

The scientists put one bonobo in a cage with five nuts. In an adjacent cage, a second bonobo — a stranger to the first one — had two rocks, but no nuts. The cages were connected by a window.

The bonobos were free to bring gifts to the window to give to each other — or to ignore their neighbor.

But the bonobos in the other cage almost never returned the favor. They refused to pass one of their rocks through the window. Apparently, the bonobos were graceless toward the researchers as well:

… Dr. Krupenye would come to the doorway and beg for the stick. He would reach out his arm, plaintively calling the bonobo’s name.

The bonobos almost never handed Dr. Krupenye the stick. In fact, sometimes they seemed to tease him.

“They will put it through the mesh a little bit and then pull it back when I’m trying to reach for it,” said Dr. Krupenye.

On Wednesday, Dr. Krupenye and Dr. Hare published their results with their co-author, Jingzhi Tan of the University of California, San Diego, in the Proceedings of the Royal Society.

“It’s a really striking result,” said Felix Warneken, a University of Michigan psychologist who was not involved in the study. What makes it surprising is that in studies involving chimpanzees in the same situations, they will do the opposite.

“Chimps are really reluctant to give food away,” Dr. Warneken said.

Chimps are considerably more reluctant to give food away than, say, taxpayers are to give money away. Taxpayer funding for this “research” is the real scientific mystery. The rest of the article is just as painful, and Zimmer concludes:

It’s possible that after our ancestors evolved the tendency to be generous, they then evolved a brain capable of understanding norms. In turn, humans came to see the benefits of being generous.

“It’s no longer the same kind of motivation that we would find in other animals,” he said. “Now there is some kind of obligation to share with others.” Carl Zimmer, “Seeking Human Generosity’s Origins in an Ape’s Gift to Another Ape” at The New York Times

The fundamental error committed by these researchers, aside from banality, is the equation of human will with animal passions. Will and passion are qualitatively, not just quantitively, different.

Both humans and animals have passions. Passions have a basis in material processes—brain pathways, neurotransmitters, and the like. Passions can be categorized as concupiscible and irascible. Concupiscible passions include love and hate, desire and aversion, and joy and sadness. Irascible passions include hope and despair, fear and daring, and anger. Both animals and humans have passions, which are based in material processes in the brain. It is in this sense that animal studies may cast some light on human passions.

But, in addition to material passions, humans have will. Will differs utterly from passion and animals lack it. That is because will follows on intellect, which is the human ability to think abstractly. 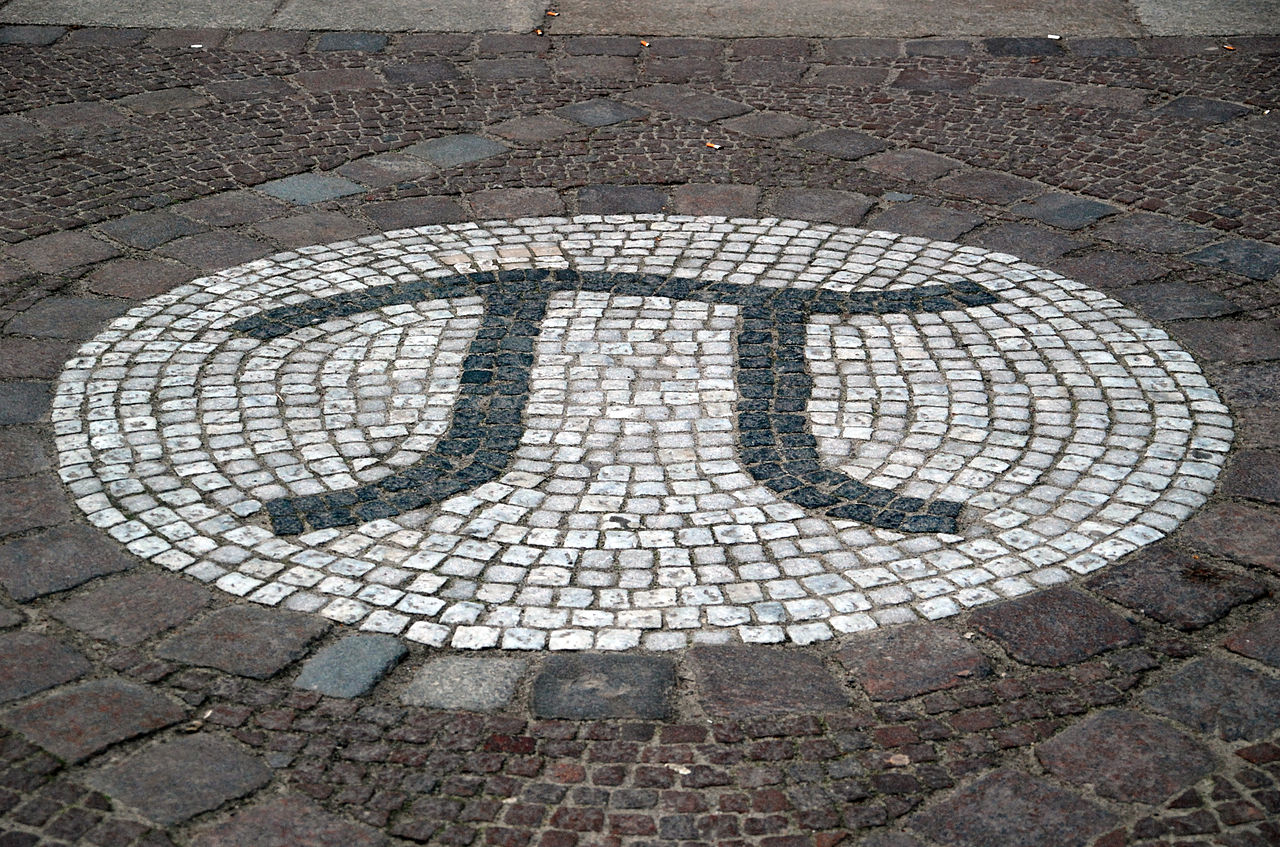 The irrational number pi has been a profoundly significant abstraction in human history, Berlin/Holger Motzkau

Human behavior involves will as well as passion. We may be angry with other humans (as animals can be angry), but only humans have deliberate malice, in the sense of willful acting out of abstract decisions motivated by anger. Animals bite and snap. Humans calculate cold revenge. Conversely, animals love a human or another animal, whereas humans not only love but can will what is good for the loved one in an abstract sense. Dogs love their young (passion). Humans love their young (passion) and make sacrifices to set up college funds for them (will).

Why abstract thought is inherently immaterial

It turns out that abstraction is very poorly localized in the brain; that is, there is no specific location where it occurs. By contrast, motor, sensory and emotional function is generally quite specifically localized. Experimental support for the immateriality of the will has also been provided by the pioneering work of Penfield, Libet, and Sperry. The immateriality of abstract thought, in general, is also suggested by the remarkable work of Owen on patients in a persistent vegetative state, among many others.

It is this profound confusion about the immateriality of the human mind that characterizes comparative research on animal behavior. This mischaracterization is also evident in the witless claims by some artificial intelligence researchers that machines can “think.” Whereas humans have abstract (immaterial) powers of will, and both humans and animals have (material) passions, machines have neither because they have no mental abilities at all.

Machines are artifacts—physical tools built by humans for human purposes. Machines have no purposes or thoughts of their own. Artificial intelligence is an oxymoron. If it is intelligence, it is human, and if it is artificial, it is not intelligent. Only humans have intelligence and will.

If we are to genuinely understand machines, animals, and ourselves, we need to clearly understand that it is the immateriality of human intellect and will—our capacity to think and act abstractly— that makes us radically (i.e. ontologically) different from any animal or machine.